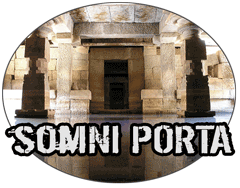 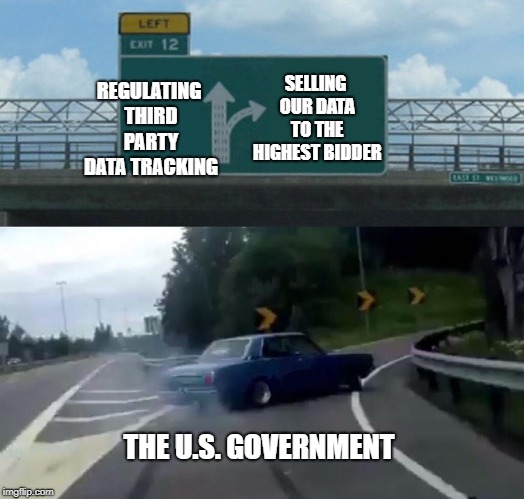 The meme template I chose to use is the one titled “Left Exit 12 Off Ramp”. In this meme, a car is depicted drifting/swerving haphazardly into an off ramp. According to Know Your Meme, this meme is a still image that originates from a 2013 Youtube video which depicts a car drifitng into the off ramp. However, no highway signs are shown in the original video upload. The earliest documented use of the meme is in late 2017. It has had steady popularity online since.

I created a meme using this image that critiques the U.S. government’s policies (or lack thereof let’s be honest >.>) towards handling online data tracking. It plays off the idea that the U.S. government is more concerned with protecting special interests and with making profit than with protecting the individual rights of their citizens to privacy.